The ABFF Star Project was launched in 2009 as part of the common goal to encourage serious pursuit of the craft by providing a platform for undiscovered actors while supporting their career advancement. The winners, Sherial McKinney and Robert Hunter, where selected among a stellar group of finalists which included Ozioma Akagha (Los Angeles, CA), Stephanie La Capra (New York, NY), Justin Chu Cary (Berkeley, CA) and Kenny Cooper (Los Angeles, CA).

Star Project entrants were required to submit two videotaped monologues online, one of their choice, and one selected by NBCUniversal and ABFF. The Star Project jury, comprised of an esteemed panel of accomplished actors, directors and casting executives, selected three female and three male finalists. From the six finalists, the two winners, one male and one female, will receive all-expense-paid trips to Miami, Florida, to this year’s ABFF festival. One grand-prize winner will be selected by NBCUniversal to appear in a walk-on role on “Days of our Lives” and will have the opportunity to audition before a leading casting director.

“NBCUniversal is honored to partner with the ABBF to encourage and reward promising young film artists with a chance to elevate their work in order to receive instruction, guidance and our full support in their endeavors,” said Kendra Carter, Director of Talent Diversity Initiatives, NBCUniversal. “We look forward to provide these actors with the right platform that could launch their careers and allow an even greater audience to enjoy their talents.”

In addition to the paid trips to the ABFF in Miami, the Star Project winners will be introduced to the festival audience at The Winners Circle awards presentation on the closing day of the festival. 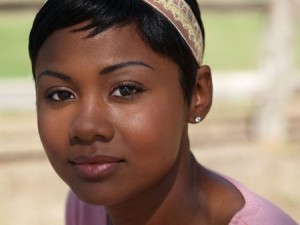 In 2010, Emayatzy E. Corinealdi was the Star Project winner. This year, she will appear in two starring roles on BET; the emotionally dramatic film, “Middle of Nowhere,” with Omari Hardwick, and the dramatic series “Gun Hill” with Larenz Tate.

Jeff Friday, founder and CEO of ABFF states, “I am pleased to provide a platform for fresh, hopeful, talented actors to get exposure. Through our commitment to the Star Project, we will continue to offer our winners opportunities to advance their careers as actors.” He adds, “Next year we plan to bring this contest to the web to provide more visibility for the finalists and the winners.” 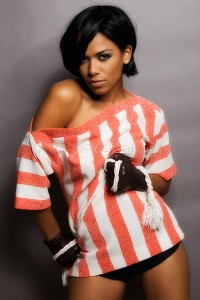 Sherial McKinney, an Orange County native, was raised (along with her five sisters) by her adoptive family from the age of 10 years old. Taking an early interest in vocal performance and university-wide Shakespearean competitions, it came as no surprise when McKinney decided to pursue acting full time.

Though her professional career began just a few years ago, McKinney’s talent and determination have allowed her to work with hit director Melina Matsoukas in the UK release of Leona Lewis’s “Bleeding Love” as the dramatic lead, garner a lead role in the Netflix featured film “He’s on My Mind” (2009), and host for Style Network’s producers of Vimby.com. Recently, McKinney has also been seen in TV One’s newest series “Will to Live.”

Praised by industry talents such as Kym Whitley and Alphonso McAuley for her comedic timing, authenticity and dedication to her craft; the sky is the limit for this gifted young actress. 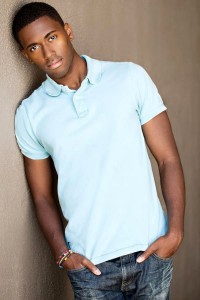 Robert Hunter bio:
Robert Hunter is a Cleveland native who moved to Los Angeles at the age of 18. He started in theatre with the roles of Frank Elgin in the Clifford Odets play “The Country Girl” and East in John Cariani’s romantic comedy “Almost Maine.” Hunter made his film debut in 2011 when he starred in a short film entitled “LA Bros.” Hunter is a young actor who is focused on traveling and learning from the best.

The ABFF is a property of Film Life, Inc., a New York-based event marketing, production and film distribution company founded in 2000 by Jeff Friday (CEO). For full details on this year’s festival, please visit abff.com.