A two-day event for network, cable and internet broadcasters to engage consumers and promote their popular shows and diversity recruitment initiatives. Free to the public. Registration required.

Be sure to visit the Comcast-NBCUniversal booth to recharge your devices in between your festival activities at the Hilton. Check out the latest from the Comcast-NBCUniversal family including a sneak peak of Universal Pictures summer release Straight Outa Compton. Plus, see exclusive content courtesy of XFINITY CelebrateBlackTV.com. Comcast-NBCUniversal is shaping the future at the intersection of media and technology. We create and deliver world-class experiences that people love and trust and drive innovation that builds value. We bring millions TV and Internet, entertainment, sports and news, communications and home management, theme parks, television and movies. We bring to life the best of what’s to come. Comcast Corporation is a global media and technology company with two primary businesses, Comcast Cable and NBCUniversal.

NBCUniversal Cable Entertainment Diversity and USA’s Characters Unite present the “I Won’t Stand For…” movement at ABFF. Each of us, whoever we are, wherever we live, can do something to fight intolerance and hate. All we have to do is say, simply, I won’t stand for it! It is about sending a message to the world that no one should stand idly by in the face of racism, bullying, religious intolerance, sexism, homophobia, ableism, or any other form of discrimination. The PSA campaign features top musicians, movie and television stars, athletes, political leaders and people from across the country, from all walks of life, sending the message that they won’t stand idly by in the face of hate & discrimination. Join this movement by taking your customizable photo at our booth and spreading the word by sharing it via the social media of your choice. #IWontStandFor Visit http://www.charactersunite.com/initiatives/i-wont-stand-for/overview for more information.

Swing by TV One’s Media Expo Booth for snapshots and autographs from the cast members of the network’s original movies Runaway Island and Girlfriends’ Getaway 2. Visit with Runaway Island’s Aisha Hinds (Star Trek Into Darkness) and Thomas Q. Jones (Being Mary Jane) on Saturday, June 13 (12:15-1:00 p.m), and meet Essence Atkins (Are We There Yet?), Garcelle Beauvais (White House Down), Terri J. Vaughn (Daddy’s Little Girls) and Malinda Williams (Soul Food) from Girlfriends’ Getaway 2 on Sunday, June 14 (12:15-1:00 p.m.). Throughout the weekend (12-6 p.m.), feel free to also stop in and spin TV One’s prize wheel for a chance to win network swag or walk away with one of two grand prize opportunities each day: a TV One Bling Set (TV One Bling T-Shirt, an iPad Mini, Bling Case, Fitbit, and Tory Burch Fitbit accessory bracelet) or a TV One Digital Kit (Barnes & Noble Nook, Beats by Dr. Dre Headphones and TV One Swag).

Please stop by our booth at the Expo. On Sat June 13, 2:30p-5:30p, CNN Correspondent Jason Carroll will be at our booth. We would like for attendees to come meet and talk with him. Turner Broadcasting creates and programs branded news; entertainment; animation and young adult; and sports media environments on television and other platforms for consumers around the world. Headquartered in Atlanta, Georgia, Turner is a Time Warner Company. www.turner.com.

UMC – Urban Movie Channel (UrbanMovieChannel.com) is proud to be a sponsor and exhibitor at the 19th Annual American Black Film Festival (ABFF) TV & Media Expo. Please stop by the UMC booth for a channel demo, a free 30-day trial, and the chance to win a free 1-year subscription. Supporting ABFF’s efforts to provide a unique opportunity for filmmakers and festival attendees to interact with key broadcast and digital platforms during the festival, we look forward to participating in the Expo and engaging directly with festival patrons to showcase our newly launched subscription VOD service. Launched in November 2014, and created by Robert L. Johnson, RLJ Entertainment Chairman and BET founder, UMC is a new proprietary streaming service exclusive to RLJE. UMC is devoted to the acquisition of content ranging from feature films & documentaries to comedy specials and stage plays, with plans to ultimately expand into original content, providing development & production opportunities for content producers in the digital space to intersect with consumers of urban content.

For two seasons, Prudential has partnered with Harlem’s Fashion Row, which promotes diverse talent in the fashion industry and provides business opportunities to people of color. On Saturday, June 13th at 12:30pm the Prudential booth will transform into an intimate salon allowing guests to listen in on an insiders’ discussion about Fashion and Film, featuring acclaimed actress Tasha Smith and renowned designer Byron Lars. The conversation will be moderated by the CEO of Harlem’s Fashion Row, Brandice Daniel. HFR will show looks from the Summer 2015 collection of many of these trailblazers. In a set inspired by the return of 70’s glam, the Prudential Wealth + Legacy Lounge at the expo will feature an edgy, cool and an eclectic mix of elements to depict luxury — a bold backdrop, director’s chairs with blue pillows and throw and blue shag rug. The “Face of America” video will play on a monitor and a series of movie posters featuring Prudential will be created and prominently displayed to spotlight the brand. Film festival attendees will be invited to sit back and relax while snacking on flavored gourmet popcorn from PRU’s Popcorn Bar + snapping selfies featuring social media paddles with quotable quotes from modern day African American movie + television characters, bringing Prudential, movies + television together in a very modern, relevant way.

Stop by the FOX | HBCU Media Alliance booth to learn more about the 21st Century Fox entertainment businesses, across divisions – television, film, digital and sports, including Fox Broadcasting Company’s hit series EMPIRE – and our partnership with Historically Black Colleges and Universities to engage and advance generations of executive and creative talent from the global HBCU community. Sign-up for membership with the FOX | HBCU Media Alliance at our booth to claim your exclusive members-only gift. 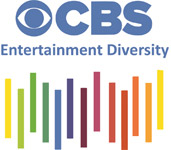 Be sure to stop by the CBS Entertainment Diversity booth at The American Black Film Festival’s “Television and Media Expo.” Our booth will feature giveaways and attendees will be able to meet the CBS Executives. Aspiring writers, directors, actors, and college students are encouraged to stop by the booth to discuss breaking into the industry, and how to get an internship with CBS. The mission of CBS Entertainment Diversity is to ensure that our media content portrays an accurate representation of the world we live in. We work to ensure that the diversity of our audience is reflected by CBS talent both in front of and behind the camera. Our diversity initiatives include CBS on Tour, the CBS Diversity Sketch Comedy Showcase, CBS Diversity Writers Mentoring Program and the CBS Directors Initiative. Follow us on twitter at @CBSEntDiversity and @TSmithAnoai.

Cricket Wireless is a proud sponsor of the American Black Film Festival! Come check out our booth at the Media Expo and receive the red carpet treatment. Free photos for you and your friends, share them instantly on your social media, and take home some prizes while you are at it. Cricket is here to give you something to smile about. #STSA

Visit our UP & ASPiRE! booth during the ABFF Expo. | UP is television’s most trusted entertainment brand dedicated to providing viewers with “feel good TV for you and your family.” UP uplifts viewers every day with premiere movies, original reality, dramatic and comedy series filled with compelling stories and characters with character. Tune in for UP‘s first scripted series Ties That Bind on Aug. 12th. www.UPtv.com @UPtv | ASPiRE offers a diverse mix of movies, series and specials featuring music, comedy, drama, faith/inspiration, theater/performing arts, lifestyle and news/information. Tune into a fresh season of ABFF Independent with all-new Host, David Banner Monday, August 3rd at 9pm ET. For more on ASPiRE, visit www.aspire.tv! Get social @tvASPiRE!